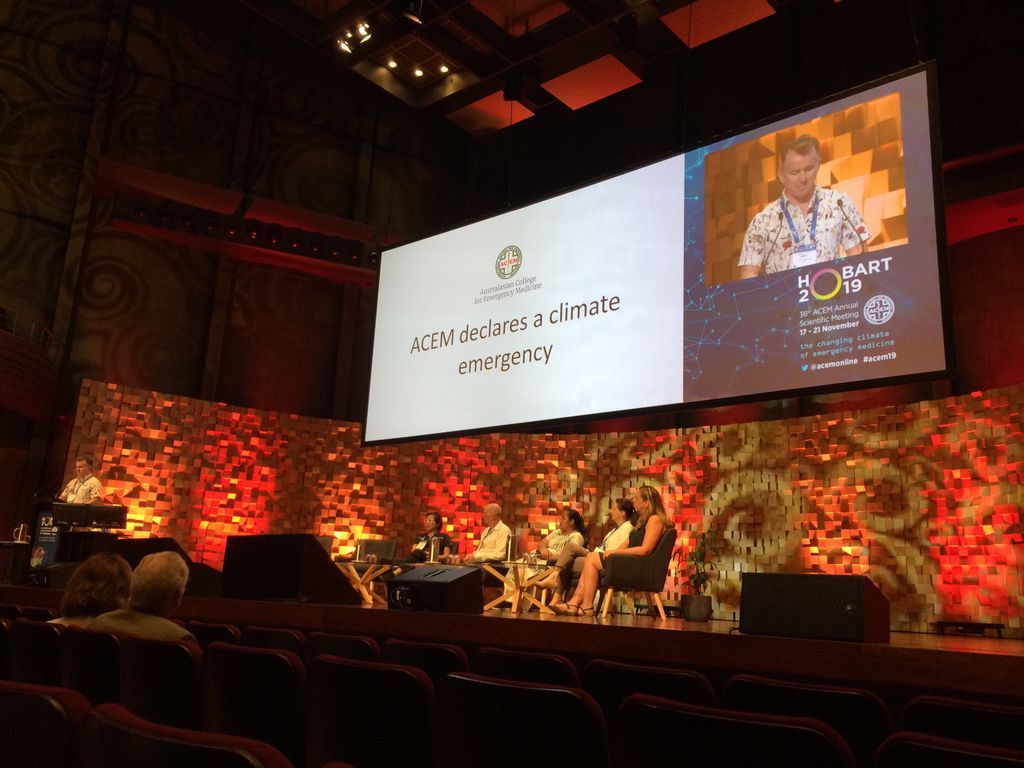 According to the press release published by RACP, “Science is telling us that unchecked, climate change will worsen food and water shortages, increase the spread of climate-sensitive diseases, and increase the frequency and intensity of extreme weather events. This will have serious consequences for public health and wellbeing.”

The country has recently experienced a series "unprecedented" bushfires, that were included in the three press releases and reports of the associations as pressing evidence of some of the effects of climate change.

“The impacts of excessive heat, extreme changes in rain patterns, and more severe droughts, floods and bushfires are detrimental to the mental health, economic status and social determinants of health for our regional, rural and remote communities,” says Ewen McPhee, College President of ACRRM.

Video: ‘Health on the Frontline’. Seven health and medical professionals arrested during a non violent direct action to stop coal mining in Australia.