In 2016, and as world leaders convened in Marrakech to map out strategies to achieve the climate goals agreed upon in Paris, Health Care Without Harm and The Mohammed VI University Hospital of Marrakech hosted the second Climate and Health Care Conference – COP22.

This one-day conference brought together health sector representatives and experts from around the world to discuss the integral role of health care in this global effort.

In December 2015, HCWH, the French Hospital Federation and several other partners organized the first Climate and Health Conference at the Georges Pompidou Hospital, one of the most modern hospitals in Paris, and also part of the public system.

The event featured a rich series of panels with speakers from a diversity of regions sharing in depth experiences on how to foster low carbon health care, including renewable energy, purchasing, economics and policy.

For several years, HCWH and several other health organizations have organized to bring the health sector voice and perspective to the global climate negotiations. 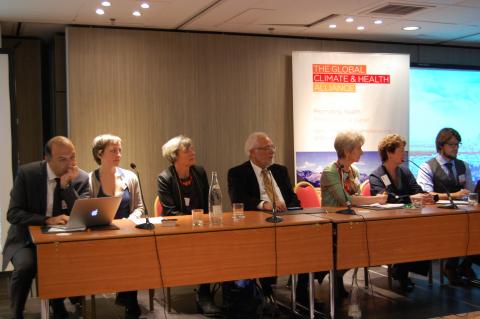 The fourth Climate and Health Summit took place in Paris on December 5, 2015. The event, moderated by the Guardian’s John Vidal, featured leading health voices from around the world. Health Care Without Harm featured prominently in the event,  with three of our representatives speaking on panels.

The Summit concluded with a closing plenary where HCWH President Gary Cohen spoke, and then a ceremony marking the various health initiatives that were organized in relation to COP21, including the Paris Platform and the 2020 Challenge. All told, an unprecedented alliance of doctors, nurses, and other health professionals representing over 1700 health organizations, 8,200 hospitals and 13 million health professionals came together around the Paris Moment.

In December 2014, HCWH participated in the Third Global Climate and Health Summit, which took place will take place alongside the next UN climate summit, (COP20), in Lima, Peru. The Summit was an occasion to showcase success stories, and to deliberate on the role of health and how best to mobilise the international health sphere in the run-up to COP21 of the United Nations Framework Convention on Climate Change (UNFCCC) and the UN General Assembly in 2015.

Josh Karliner, Director of Global Projects at HCWH, discussed the health impacts of fossil fuels and the importance of health sector engagement on climate change.

In November 2013, HCWH co-sponsored the Second Global Climate and Health Summit, which took place in Warsaw, Poland, during the 19th Conference of the Parties (COP19) to the United Nations Framework Convention on Climate Change (UNFCCC).

The Summit, organized by the Global Climate and Health Alliance, provided delegates with the latest evidence, and will align both the health and non-health communities to coordinate efforts on a route map to the creation of a new climate treaty.

HCWH was the lead organizer of the First Global Climate and Health Summit, which took place in Durban South Africa in late 2011 in parallel with UNFCCC Negotiations.

The Summit was co-organized in conjunction with the World Federation of Public Health Associations, the World Medical Association, the International Council of Nurses, the World Health Organization and the Nelson Mandela Medical School in Durban. It was inaugurated by South Africa’s Minister of Health, included many distinguished speakers and was attended by more than 200 health leaders from more than 40 countries.

HCWH is a founding member of the Global Climate and Health Alliance, which was formed in Durban, South Africa in 2011 to tackle climate change and to protect and promote public health.

The Alliance consists of health organizations from around the world united by a shared vision for a sustainable future.

Specifically the Alliance members work together to:

The Alliance was launched following the First Global Climate and Health Summit, which was organized by HCWH and took place in Durban during the 17th Conference of the Parties (COP17) to the United Nations Framework Convention on Climate Change.

The Alliance meets annually at the conference of the UN Framework Convention on Climate Change. For more information, click here. 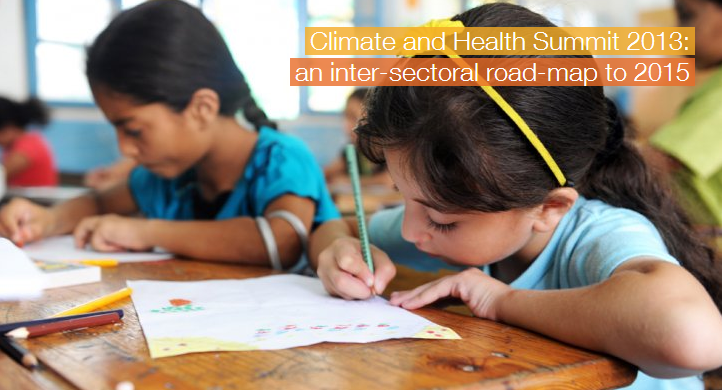 In August 2014, the WHO convened a Conference on Health and Climate Change attended by more than 300 people, including 30 ministers of health, official representatives from several dozen countries, scientists, economists, and representative from civil society health organizations. 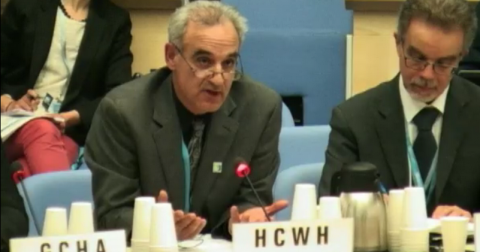 The conference identified the urgency of the climate problem in its many health dimensions as well as a framework for the health sector to move forward in addressing it. Read the following: 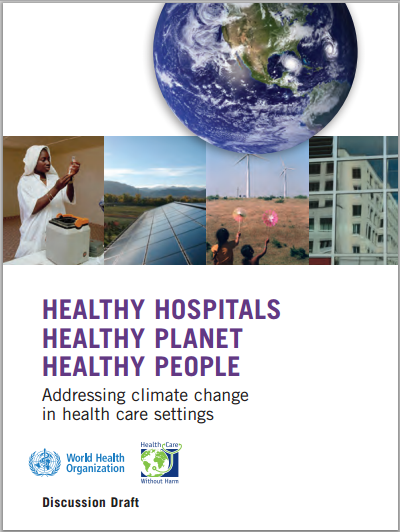