Health Care Without Harm’s partner HECAF360 worked with the Nepalese government to prevent infection during the evacuation of 175 Nepalese students from Wuhan, China.

In February 2020, after the COVID-19 outbreak in Wuhan, the Nepalese national cabinet ordered the evacuation of Nepalese citizens living in that region. The Health Environment and Climate Action Foundation (HECAF360) worked with the Ministry of Health and Population, the Civil Aviation Authority of Nepal, Nepal Airlines, the Nepalese police, and the country’s army to develop the protocols for safe management of waste generated during the period of takeoff and landing of the evacuation flight transporting the 175 Nepalese students living in Wuhan.

One of the concerns was the waste generated during the evacuation and the risk it posed to passengers, flight crew, waste handlers, and the general population. A flight was scheduled to evacuate the students on February 15 and in just a few days HECAF360 developed the protocols that included different sanitary aspects of the operation, from the use of personal protection equipment (PPE) and disinfectants to the design of biohazard containers, as well as the procedures needed to operate under minimum risk for the crew and passengers. 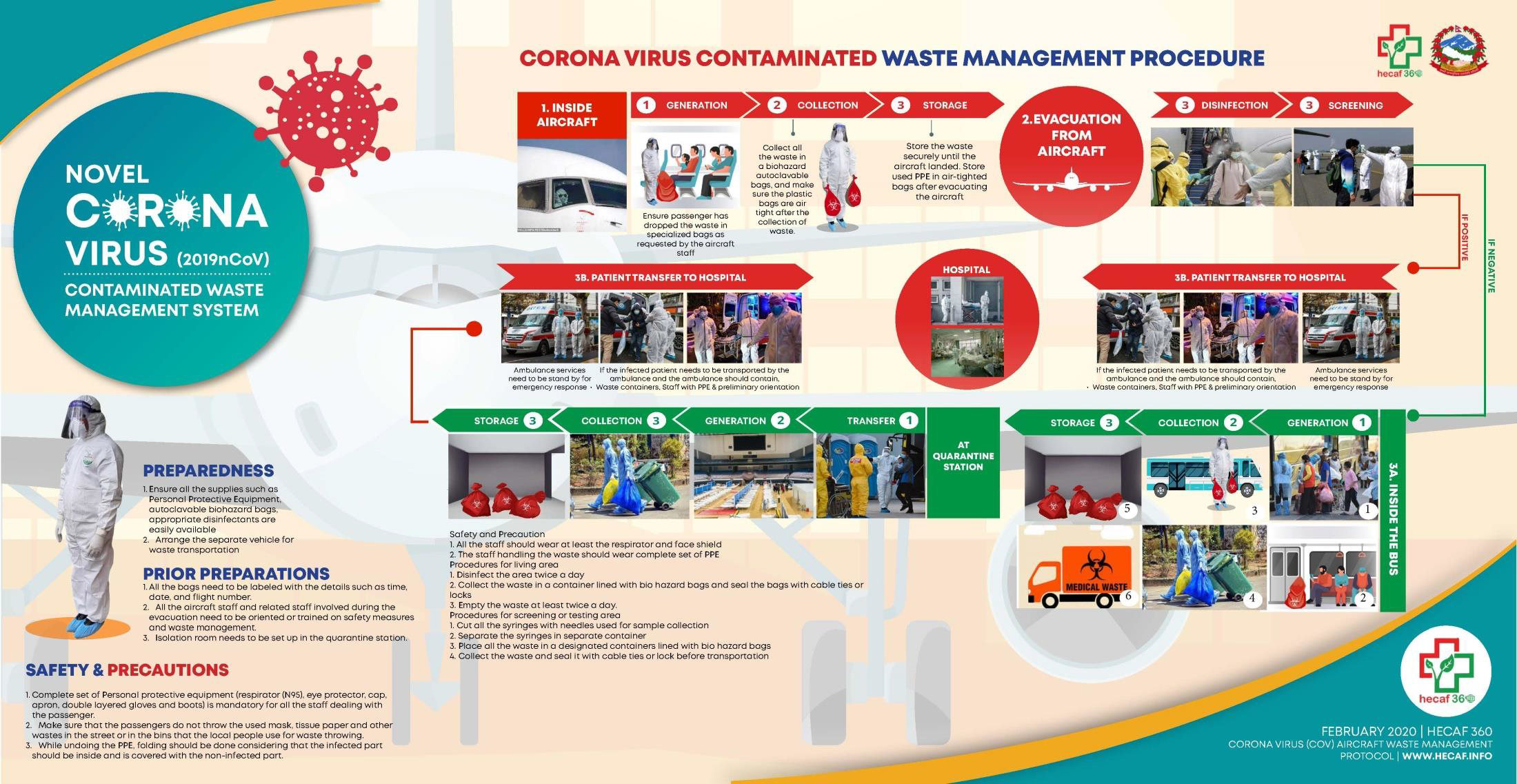 Before the flight, HECAF360 distributed PPE to the aircraft crew, trained the Emergency Medical Technicians, ambulance and bus drivers that participated in the evacuation, designed the biohazard containers, and prepared the aircraft, ambulances, and buses used in the procedure.

The airplane was divided into two areas. The front section (cockpit and business class) were labeled as “clean areas” to be used by the crew, airline staff, and medical team. The back section (economy class area) was designated a “dirty area” to be used only by passengers.

Crew members were not allowed to go into the dirty area to serve food and water. Food was packed in paper bags - to avoid generating single-use plastic waste - and placed on each seat before boarding.

On February 15 the evacuation started at 3 am when the flight landed at Tribhuvan International Airport, Kathmandu. As they exited the plane, passengers had their temperatures taken and were instructed to drop their waste into the biohazard containers outside the airplane. When the containers were 3/4 full, they were tightly sealed and the outer surfaces were decontaminated. 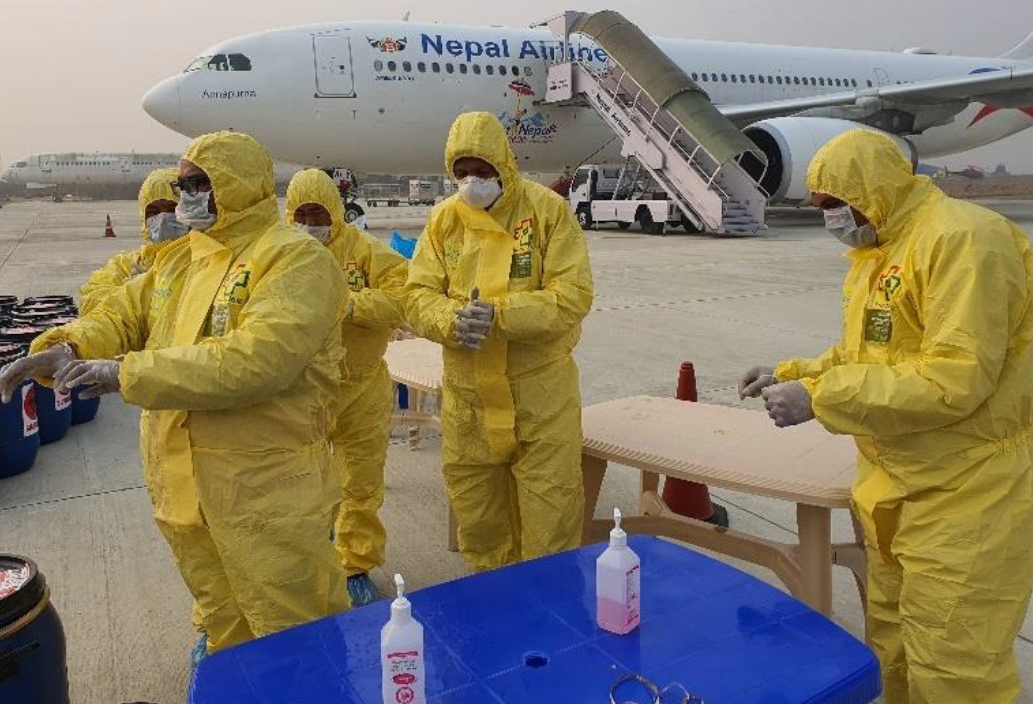 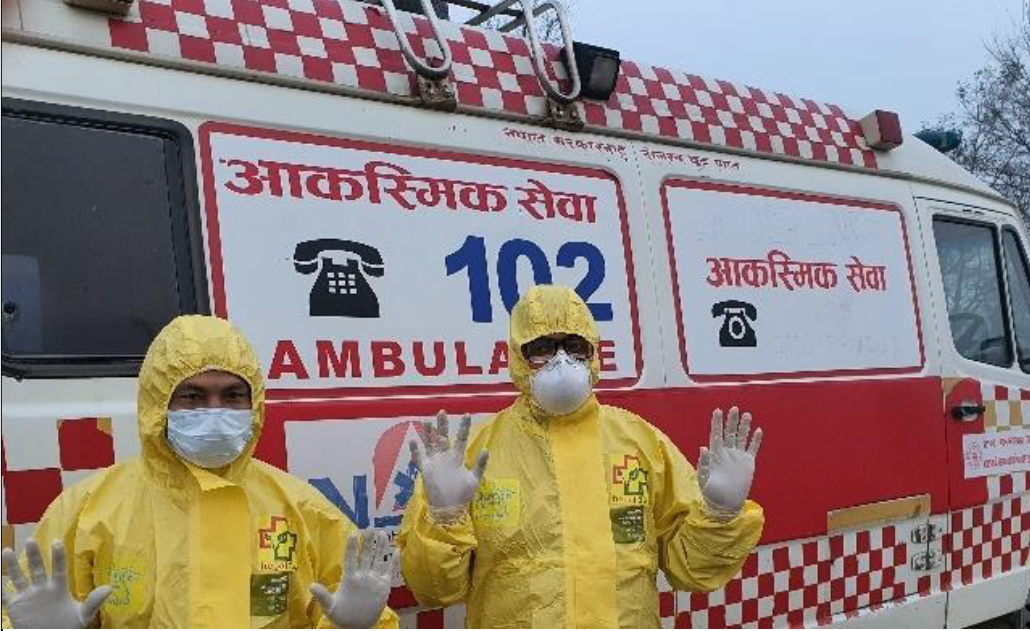 These hospitals, members of the Global Green and Healthy Hospitals (GGHH) network, use the health care waste management model developed by HECAF360 and Health Care Without Harm, based on disinfecting waste with non-burn autoclaves. After disinfection the waste can be recycled or disposed of in the municipal landfill. 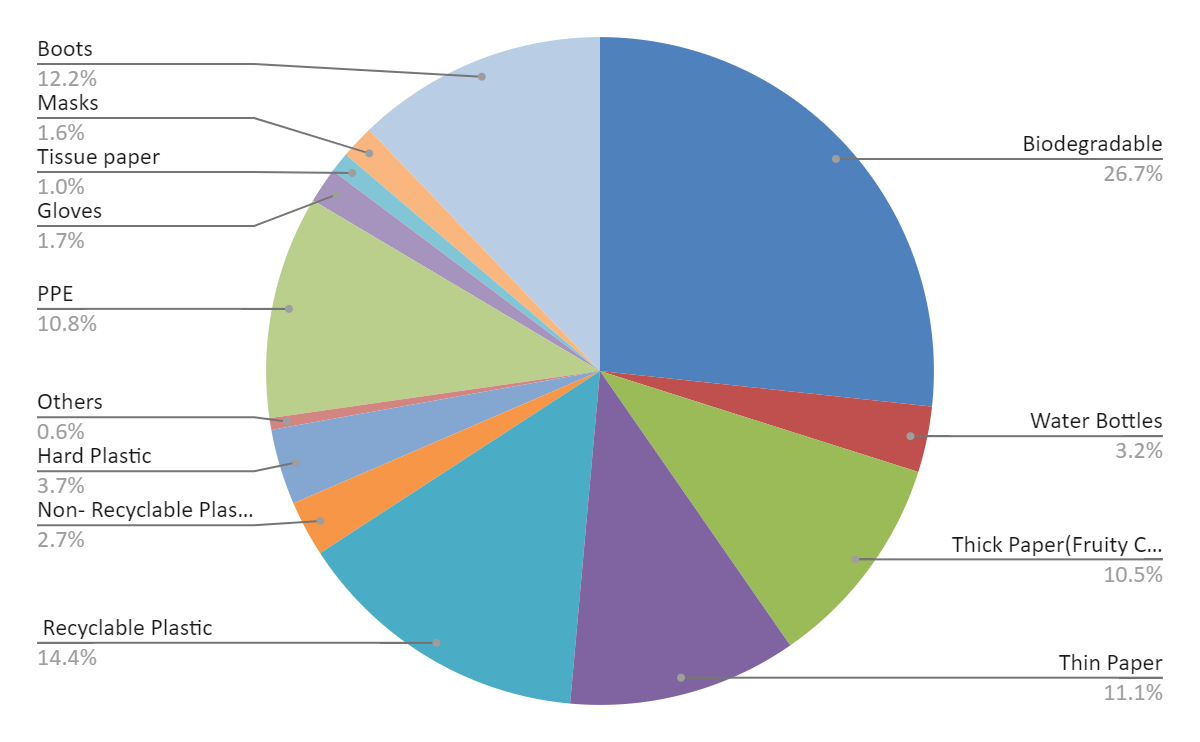 The waste management protocols developed by HECAF360, Health Care Without Harm’s partner in Nepal, have been and are now the standard for evacuation flights in future pandemics.

Interested in learning more about the work of the GGHH network in Nepal? Check out this case study from the National Kidney Center.