Mercury is a naturally occurring heavy metal that has been used by people since ancient times. Mercury vapor can impair cognition and may be fatal. Mercury is also harmful if absorbed through cuts and abrasions in the skin. 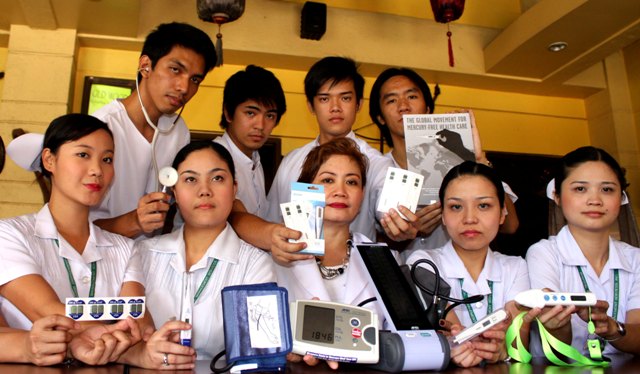 Of even more concern is the toxicity produced when mercury emitted into the environment accumulates in lake, river, stream, and ocean sediments. There, anaerobic organisms digest and transform it into methyl mercury, which accumulates up the food chain in fish tissue. Methyl mercury is of special concern for fetuses, infants, and children because it impairs neurological development at extraordinarily low doses.

Since the start of the industrial era, the total amount of mercury circulating in the world’s atmosphere, soils, lakes, streams, and oceans has increased by a factor of between two and four. Methyl mercury is now widely present in oceans and lakes around the world, building up in predator fish (such as swordfish and sharks), concentrating several hundred thousand times as it moves up the aquatic food chain.

At the turn of this century, the United Nations Environment Programme (UNEP) and World Health Organization (WHO) identified the adverse effects of mercury pollution as a serious global environmental and human health problem. The UNEP Governing Council targeted reducing methyl mercury accumulation in the environment as a major global priority. In 2009 the world’s governments and agreed to negotiate a treaty to address the problem which was finalized in 2013.